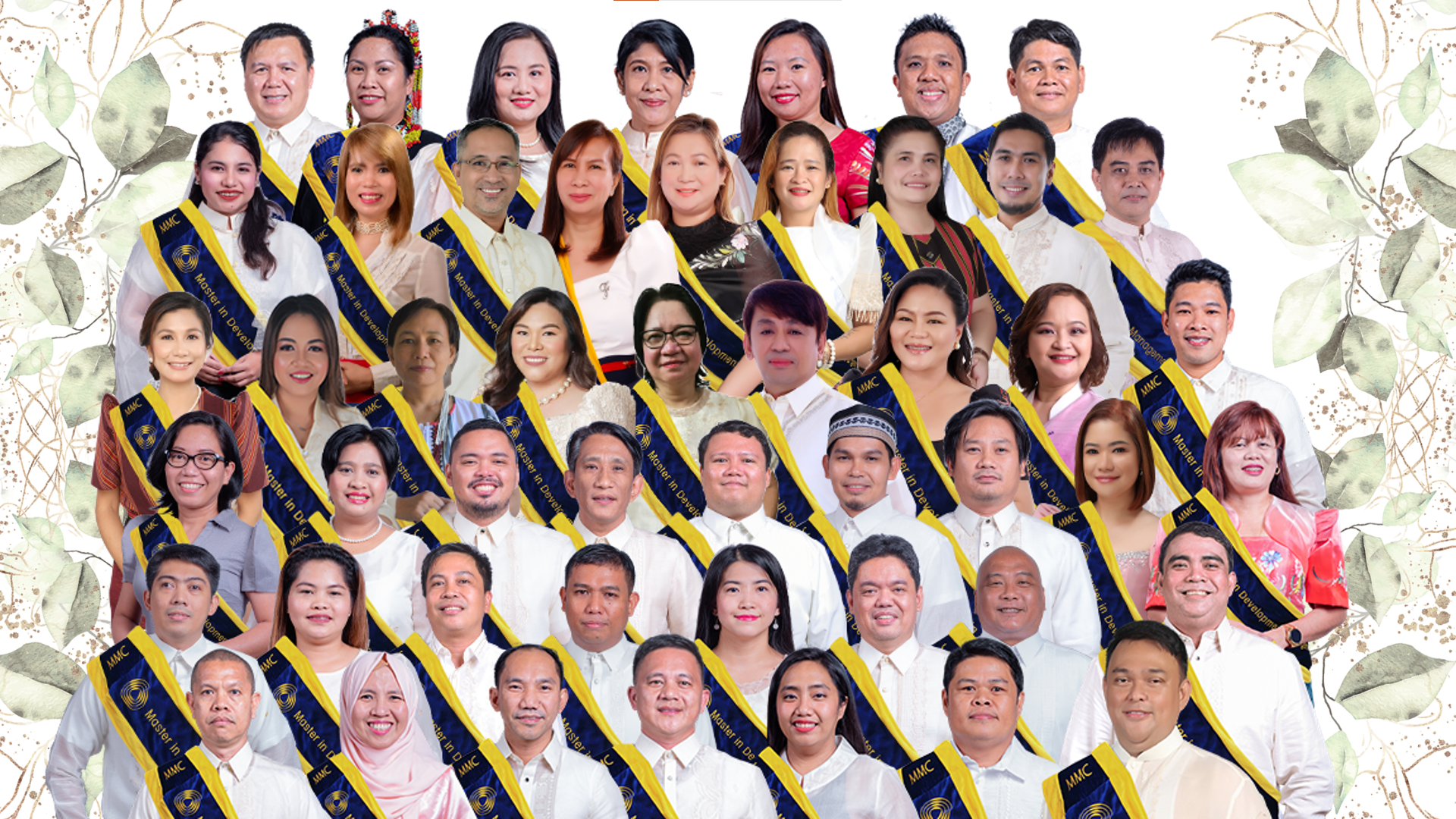 Forty-eight Middle Managers Class scholars from Batch 22 – Uhay sealed their names in a gleaming brass marker to be mounted on one of DAP Tagaytay’s pillars as they capped their PMDP journey. The graduation ceremony was held last 30 June 2021 via Zoom and streamed live on the PMDP Facebook page.

DAP President and CEO Atty. Engelbert C. Caronan Jr. opened the program with his welcome remarks. He said that he recognized that as public managers, the challenges to regularly develop new approaches to public governance in order to meet the demands of the environment are volatile and ambiguous. He hopes that through the scholars, governance would return to its previous glory because they owe it to the people they serve. He believes that because of PMDP, they have become sources of innovation, the promoters of synergies, and the catalysts for change.

Subsequently, PMDP Managing Director Nanette C. Caparros presented the candidates for graduation and President Caronan conferred their respective academic equivalencies. A total of 41 graduates received their Masters in Development Management, 6 graduates for Diploma in Development Management, and 1 graduate for Certificate of Completion of Residential Training. The diplomas and certificates were awarded by PMDP Program Manager Milette Young.

Class Valedictorian Reynalyn T. Padsoyan delivered her heartfelt class address and shared that the recognitions she received are for her fellow batchmates. She shared the many challenges the batch faced. From the Taal volcano eruption to the COVID-19 pandemic, the batch braved every challenge they faced and conquered. She shared three turning points they have learned from PMDP—first is the personal mastery. The program trained them to return to their core being and ground themselves to serve other people. Second, the citizen centricity. It taught them to go back to the people’s voices because the power resides in them. Third, practical leadership. She believes that this is the ultimate goal of the Program—to rebirth the innate qualities of being a leader to them. To know when to become a mover, a follower, a spectator, and an opposer. She reiterated that as public servants, they should serve the people regardless of their position. Their goal is to make them feel that there is a true government to lean on. She is confident that PMDP has equipped them to continue the legacies of their forefathers. She encouraged everyone to use their diplomas, certificates, and current and future positions to proactively influence the policies for the people and to never oppress them.

As the freshest graduates of PMDP, the Class recited the PMDP Pledge as led by PMDP Alumni Club Vice President Gerard Boz C. Tungol, virtually received the PMDP pin after which they rendered their original class song.

The batch drew inspiration from the keynote address of the DOST former Undersecretary Dr. Carol M. Yorobe. She shared her humble experiences as a civil servant for 44 years and how she survived the challenges she faced like getting sued by unscrupulous individuals for doing what is right, or for not doing what is wrong. She shared how she adapted to the roles given to her and how she was not a perfectionist, otherwise, she would not have been trustful of her co-workers and staff. Working with colleagues from other agencies in the bureaucracy and from the private sector and industry was a very good experiential learning for her. She got to learn to listen more to their perspectives with respect, and negotiate and agree on terms that will effectively produce the best possible outcome. Doing so did not compromise anyone or anything she said. Doing so made tangible the intentions of goodwill for the beneficiaries. Lastly, she believes that the scholars will make a difference in bringing about developmental change in their respective areas in a collaborative manner. With their enhanced skills in handling people, she is certain that they will bring out the best in their staff and colleagues in a nurturing environment and together, pursue further innovations in the workplace, in policies and programs, and in systems.

National Economic and Development Authority Undersecretary Jose Miguel de la Rosa closed the ceremony on behalf of the NGCESDP Inter-Agency Steering Committee. He advised the scholars to always work and act as a team because “TEAM works” and TEAM for him stands for “Together, Everyone Achieves More”. Whoever will be the next administration, the scholars should always continue doing their best and be loyal to their work and not to anyone especially not to their bosses and supervisors but to the country. He then left the scholars with a note to always have a heart for their work.